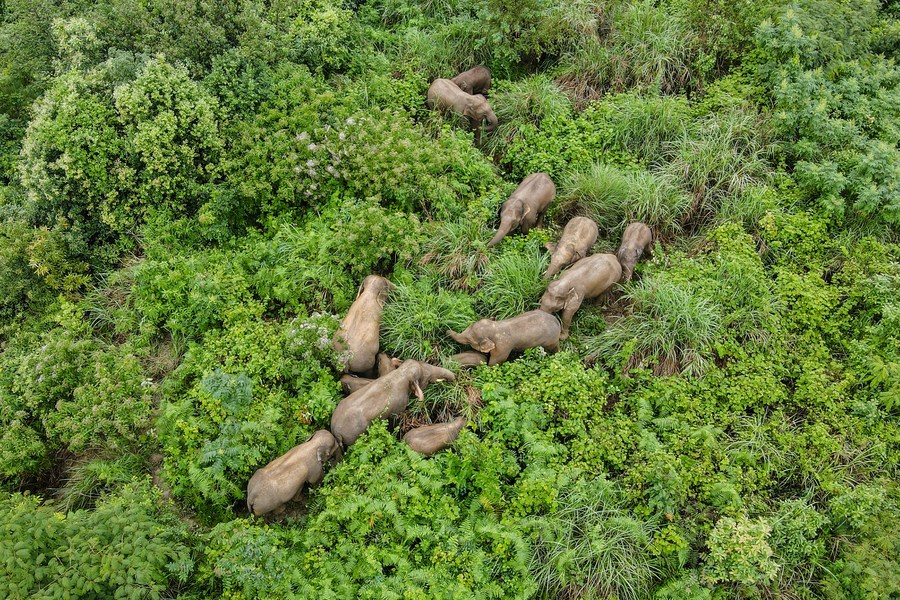 Several rare wildlife species whose populations had dwindled over the years, with some on the edge of extinction, have made a remarkable comeback across China.

There have been frequent newspaper reports of sightings of rare wild animals, including wild Asian elephants roaming around human settlements in the southwest, Siberian tigers in the northeast, Chinese mountain cats and crested ibis in the northwest, milu deer in the central regions and Bryde's whales off the coast of Shenzhen in the south.

The true scale of China's wildlife comeback can be found in statistics presented in the country's first white paper on biodiversity conservation, which was released on Friday.

The population of giant pandas in the wild has grown from 1,114 to 1,864 over the past four decades, while the crested ibis population has increased from only seven to over 5,000, according to the white paper. 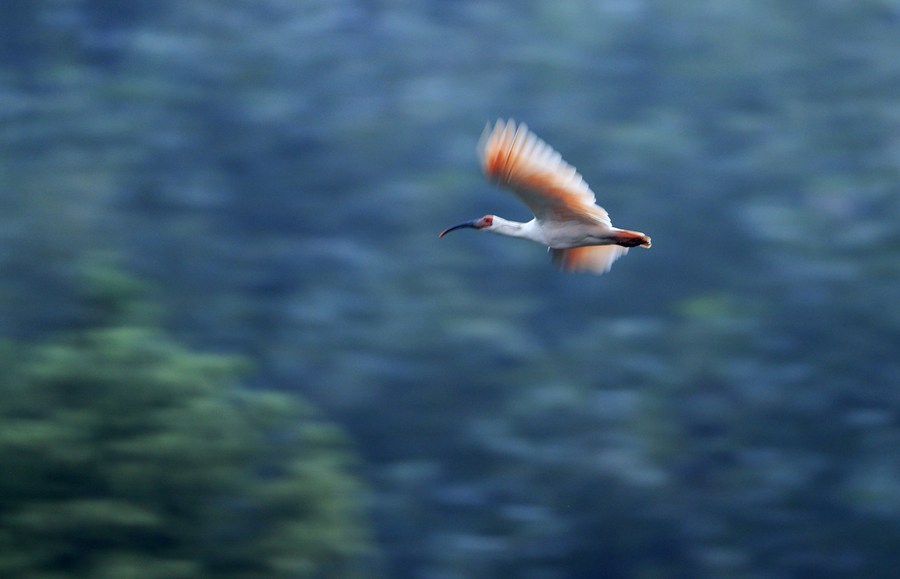 The Asian elephant population in the wild has grown from 180 in the 1980s to about 300 at present, and the wild population of Hainan Gibbons has increased from no more than 10 in two groups 40 years ago to 35 in five groups.

In addition, the number of captive pandas has grown, and they have been downgraded from "endangered" to "vulnerable" on the list of species at risk of extinction.

A separate report from China's National Forestry and Grassland Administration shows that milu deer, once nowhere to be found in the wild, have grown to around 10,000 in number, living in three conservation bases in Beijing and the provinces of Jiangsu and Hubei. The population of snow leopards in Qinghai Province has expanded to more than 1,800.

"The expanding population of snow leopards [in Qinghai] provides compelling evidence of an improving ecological environment in the region," said Zhang Dehai, chief engineer of the management bureau of the Sanjiangyuan National Park.

Amid efforts to improve the habitats for wild animals and conserve the ecosystems, China has been piloting a national parks system and implementing its "red line" strategy for ecological conservation, an important institutional innovation in its land-use planning and eco-environmental reform.

The red line strategy enables China "to build a resilient environment able to adapt to future impacts and shocks," said Elizabeth Maruma Mrema, executive secretary of the Convention on Biological Diversity, in an interview with Xinhua.

BACK TO TOP
Edition:
Chinese | BIG5 | Deutsch
Link:
About CE.cn | About the Economic Daily | Contact us
Copyright 2003-2020 China Economic Net. All right reserved
A remarkable comeback for wildlife in China
Source:Xinhua | 2021-10-11 02:39
Share to
0
一级A片欧美日本俄罗斯国产-国产特黄一级AAA片在线视频-国产一级欧美一级人体-国产精品久久久久久久