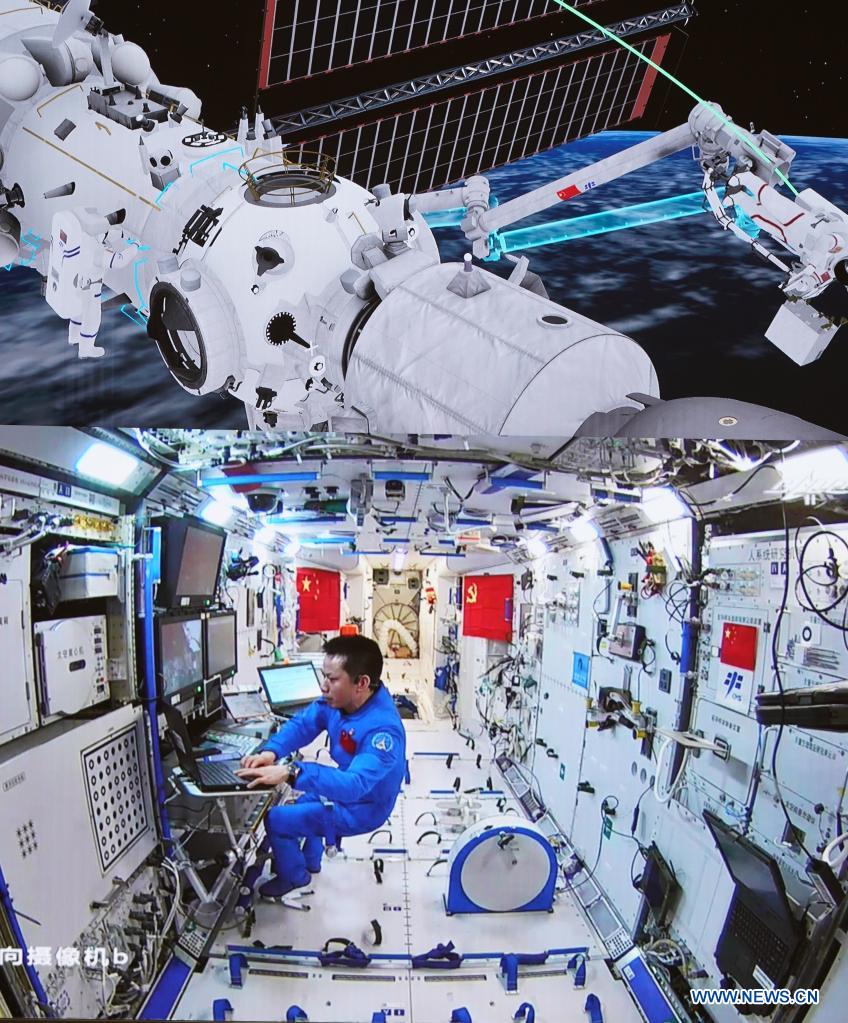 Chinese astronauts Nie Haisheng and Liu Boming had both slipped out of the space station core module Tianhe by 10:12 a.m. (Beijing Time) on Friday to conduct extravehicular activities (EVAs) for a second time, according to the China Manned Space Agency (CMSA).

They will continue to work together to install other relevant extravehicular equipment with the aid of the mechanical arm, it said.

Astronaut Tang Hongbo has been staying inside Tianhe in cooperation with Nie and Liu for their EVAs.

The three astronauts were sent into space aboard the Shenzhou-12 spaceship on June 17. Liu and Tang completed the first EVAs during the construction of the country's space station on July 4. Enditem