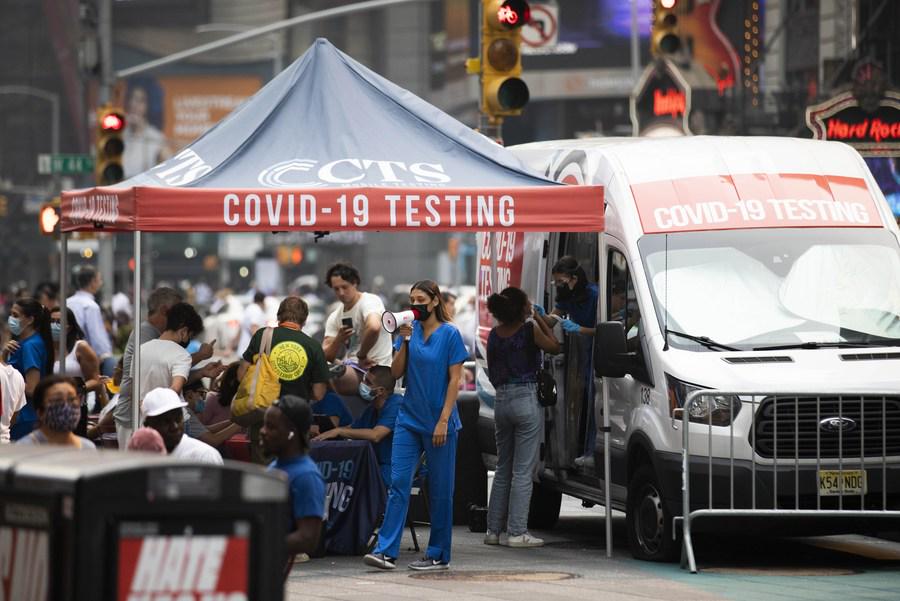 Kenya recently joined 23 other countries, including China, Morocco, Thailand and South Africa, in launching the International Forum on COVID-19 Vaccine Cooperation, which aims to galvanize international synergy to provide vaccines to countries that have fewer resources.

In a joint declaration, the countries called for shared vaccine research and production to meet the current gap in vaccine accessibility, in addition to pushing for progressive national entry regulations for those who have been vaccinated, based on fairness, equity, science and nondiscrimination.

The forum was convened against a backdrop of great anxiety on the part of developing countries that are currently battling new COVID-19 variants, even as the global supply of vaccines has been limited by the propensity of rich countries to hoard the available doses.

As some advanced economies think about administering follow-up booster shots, millions of people in vulnerable populations around the world have yet to receive first doses of vaccine. The World Health Organization has warned that a delay in inoculating the world's most vulnerable people risks bringing about more problematic variants of the virus.

WHO Director-General Tedros Adhanom Ghebreyesus has rightly warned that the next course of the pandemic will depend on global leadership. However, it appears that precious time is being consumed by other, extraneous actions that will only delay the supply of vaccines to communities most in need.

When United States President Joe Biden made the bold decision to rejoin the WHO in January, many people in the US and beyond expressed optimism that the move would bolster the global capacity to defeat the virus. However, the new administration is forging ahead with divisionary tactics only emblematic of the disastrous administration of former president Donald Trump.

A key concern regards the US approach to COVID-19 source tracing. The WHO had sent its own experts to Wuhan. Working alongside their Chinese counterparts, the WHO team made conclusions and recommendations in which a laboratory leak as a source of the pandemic was largely discounted. One of the recommendations of the team was that the search for the virus source should also extend to other countries besides China.

The US expressed dissatisfaction with the findings, and it proceeded to engineer new plans within the WHO to start the process that has led to establishment of the International Scientific Advisory Group for Origins of Novel Pathogens. The move by the WHO to abandon the outcomes of a joint study by its own experts has alarmed the international community. So far, more than 60 countries have written to Tedros, opposing politicization of the COVID-19 response and source tracing.

In an effort to circumvent mounting international pressure, the White House has ordered US intelligence agencies to firm up the "lab leak" theory by the end of this month. The use of intelligence agencies is against the scientific model, which is verifiable, reproducible and universal. It will be hard for the global community to buy into any results of such an investigation.

Politicizing the process also undermines the ability of the WHO to provide leadership on finding the source of the global health crisis and possible solutions to this and future pandemics.

Instead of a sustained smear campaign against some countries, Washington should be doing more on progressive ideas such as the recent move to donate vaccines to poor countries, while supporting efforts by the COVAX international initiative to deliver vaccines to developing countries.

A look at history tells a different story about epidemics. Nearly every corner of the world has been in the eye of the storm from time to time.

It is indeed in the interest of all countries to get a proper understanding of the pandemic genesis, but such an endeavor should proceed within the purview of collaborative and inclusive scientific inquiry. The blame game is only a showstopper.

The WHO offers the most appropriate platform for coordinating global efforts on COVID-19 source tracing and other aspects of the pandemic response. To succeed, however, the agency needs to be cushioned from external interference.

BACK TO TOP
Edition:
Chinese | BIG5 | Deutsch
Link:
About CE.cn | About the Economic Daily | Contact us
Copyright 2003-2020 China Economic Net. All right reserved
US should play constructive role in response to pandemic - People's Daily Online
Source:China Daily | 2021-08-20 07:00
Share to
0
一级A片欧美日本俄罗斯国产-国产特黄一级AAA片在线视频-国产一级欧美一级人体-国产精品久久久久久久